Many a times a poem can beautify the writer’s thoughts to a point where it couldn’t have been better. Do you agree? Isn’t it true that we can form a perfect image of the things the poet wish to express?

What is the best thing you achknowleged after starting your own blog?

It is said subconscious mind is virtually perfect. The subconscious mind ,which make us land in another world in our sleep, can store in it even the oldest of the memories. Isn’t it surprising how it controls us most of the time?

When the thunder plays the music and the rain sings…
The wonderful nature always creates a mind boggling sensation..

Gifts are always an unexpected surprise. A present or a gift is a thing which is given to someone without expecting a payment or a return. If someone gifts an item which is already owned by that person, it is not regarded as a gift. Many people regard gifts as a return of the kindness or helpfulness of a person. Therefore, it is seen that people love to give a present to show their gratitude to another person. People also gift occasionally like as in birthdays, Christmas, marriages and anniversaries.

When did gift giving actually start?

The culture of giving gifts started thousands of years before when the human species first came to the Earth. Humans are social creatures and hence love to show their gratitude and appreciation for others by giving gifts. The cavemen in the pre-historic times also gifted their fellow beings to show their love. The gifts then were barks of trees, rocks, animal tooth and so on. Therefore, gift giving actually started thousands of years ago.

In the Egyptian era, the pharaohs were gifted for they helped in making pyramids and idols for worshiping. In the Roman period, people used to give good luck tokens to their fellow beings. These good luck tokens lasted for centuries.

In the Medieval period, people used to give gifts to gain favor from the kings. Gifts at that time also helped in forming alliances with other kingdoms.

Today, the culture of gift giving is widely circulated among most of the people and it is considered as the best way to show love, appreciation and gratitude for someone.

Birthday gifts had its origin in Europe about hundreds of years ago. People believed that evil spirits haunt a person in his or her birthday and hence they would bring a lot of gifts and gather around the celebrant to protect him or her from those evil spirits. This is one of the popular stories of how gifting people on their birthdays started.

Birthdays come once in a year and therefore is celebrated by every people no matter the age. A person may not be celebrating his or her birthday but surely plans something different each year to do on his or her birthday. That is the special thing about birthdays. No matter what the age, everyone has some inner happiness in his or her birthday. Then why not we add icing to the cake by gifting them something of their choice? It might seem difficult to know the actual choices of a person. Many a times, people do not prefer to let others know their choices for some reason or the other. Most people would say they do not expect gifts on their birthdays, but people are actually happy when others gift them their favorite items on their birthday. Some would secretly wish for it!

Preferences vary from person to person. Some would prefer handmade cards or items, some may prefer flowers of their choice or any other thing. Most people get happy when someone gifts them items made by the person itself. People give birthday gifts to show their love and appreciation for that person, to commemorate milestones or as a keepsake.

Most of the time, people find it difficult to select a gift that would be most appropriate for an occasion. Be it birthday parties, marriages, anniversaries or any other occasion, it is really important we consider the gift we are about to give.

The first and foremost thing to consider is the occasion. Birthday gifts are different than that from marriage gifts or Christmas gifts. Age of the person also matters since people have different choices according to their ages. A 12 year old will have different likes than that of a 30 year old.

Secondly, it becomes really helpful if one knows about the likes and dislikes of a person. This can be known through conversations with that person.

Thirdly, budget should be also considered before choosing a gift for any occasion. One should make sure not too spend too much or too little. It isn’t true that expensive gifts are always good since what matters is only the thoughts. 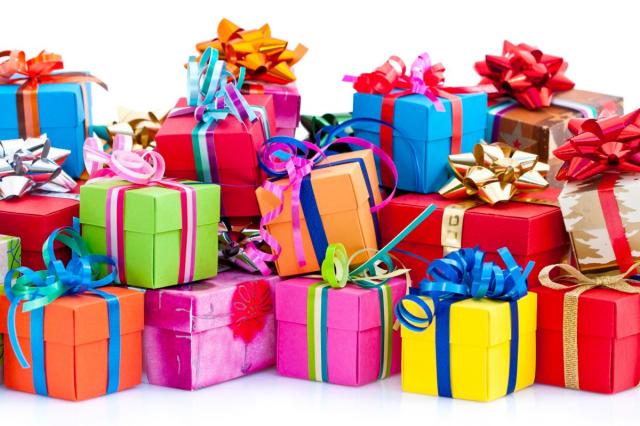